History of the Pyramid Planter

The first planter came about because of the grandchildren’s love for Strawberries!!

The problem we had was an area that was suitable for them to grow. Strawberries are incredibly easy to grow, in fact they will grow almost anywhere, in borders, containers, or hanging baskets -  they just need sun, shelter and fertile well-drained soil.

We were looking to have about sixty plants but did not have a large enough area (without digging up the lawn).  We looked at all sorts of pots, barrels and containers until we read about vertical gardens for people who do not have much horizontal space or want to cover an unattractive wall or just want something different.

It was a great success with a bumper crop.  The plants thrived and the fruit grew away from the soil (no need for straw), drained well and even kept hungry Labradors out of reach.

The problems with a timber structure are: limited life span and a bulky frame that was strong enough to be free standing.   Over the years we have experimented with different materials and designs until finally producing a lightweight steel frame with galvanised steel trays. 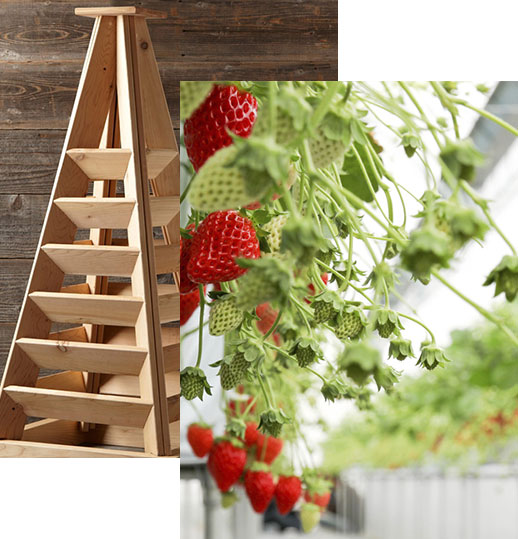 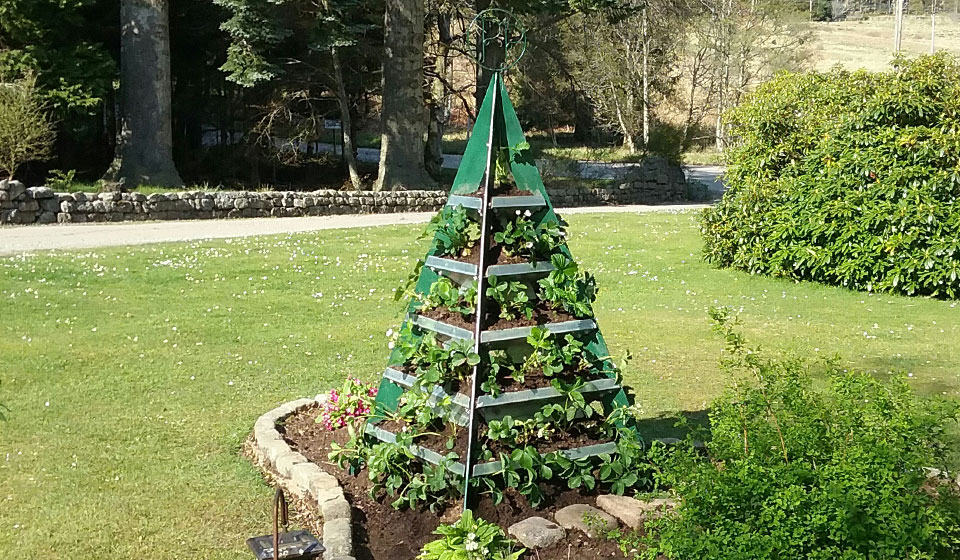 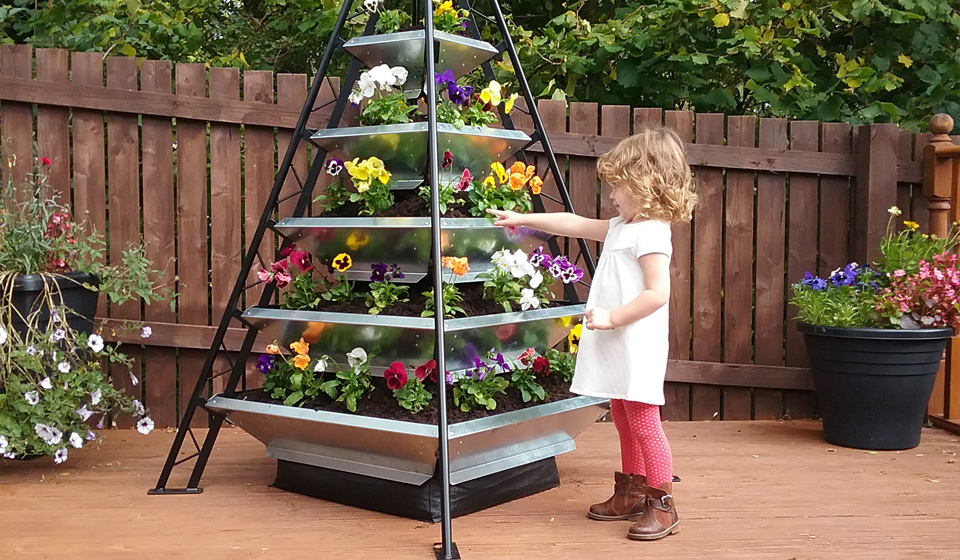 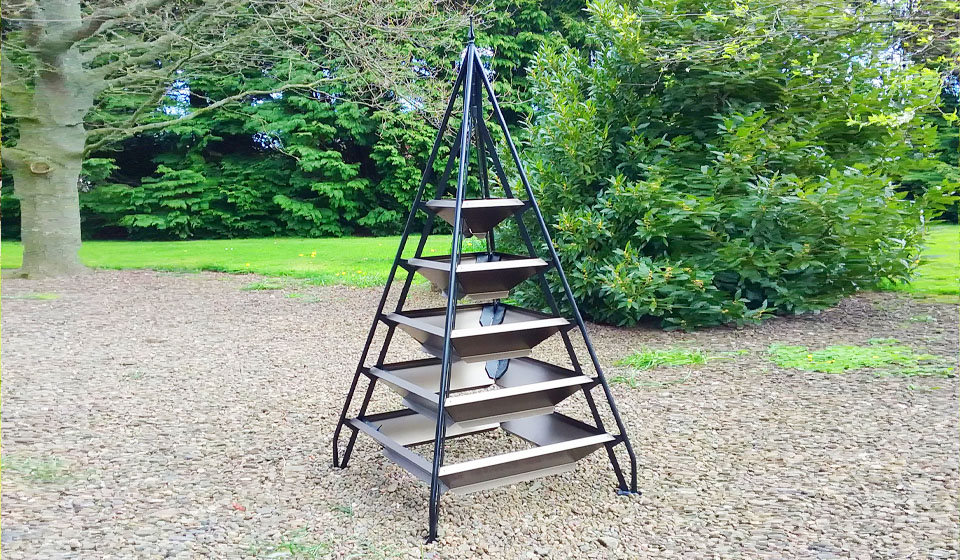 We have also experimented with different plants, flowers, herbs, fruit and vegetables, and all have grown incredibly well in the Pyramid Planter.

The planter has good drainage qualities for wet climates such as Scotland and can easily be irrigated internally for drier locations.

The early steel planters were heavy and bolted together (81 bolts) which were time-consuming and required not a little technical ability to build.

Consequently, this resulted in a limited number of planters being made and erected, and it had not been possible to supply to the wider public domain due to these restrictions, although the planters have always generated great interest and positive comments.

Early in 2017, it became apparent there was a corrosion problem with the bracket which held the trays of the planter.   The brackets were expensive to manufacture and had to be redesigned.

Due to manufacturing problems, we have had to delay sales at this point in time.

The main problem is in the corrosion resistance and we moved to rectify this as soon as possible.

We therefore designed and had manufactured the “Planter Leglock Bracket” which is made from Injection Moulded Recycled Plastic and this has solved the corrosion problem.

The advantages of using the Planter Leglock Bracket are:

The other problem is a Company used in the fabrication of the planter, who are unable to achieve this to a satisfactory standard.

It has also been brought to our notice that they might try to sell this planter without permission and with the above-mentioned flaws.   Due to legal restrictions, we cannot state the Company or Companies involved.

We would urge anyone wishing to purchase our planter to be aware of this bogus planter!! 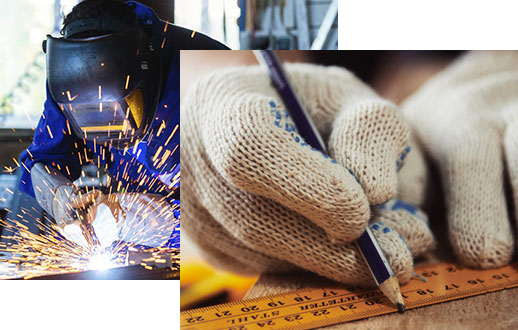 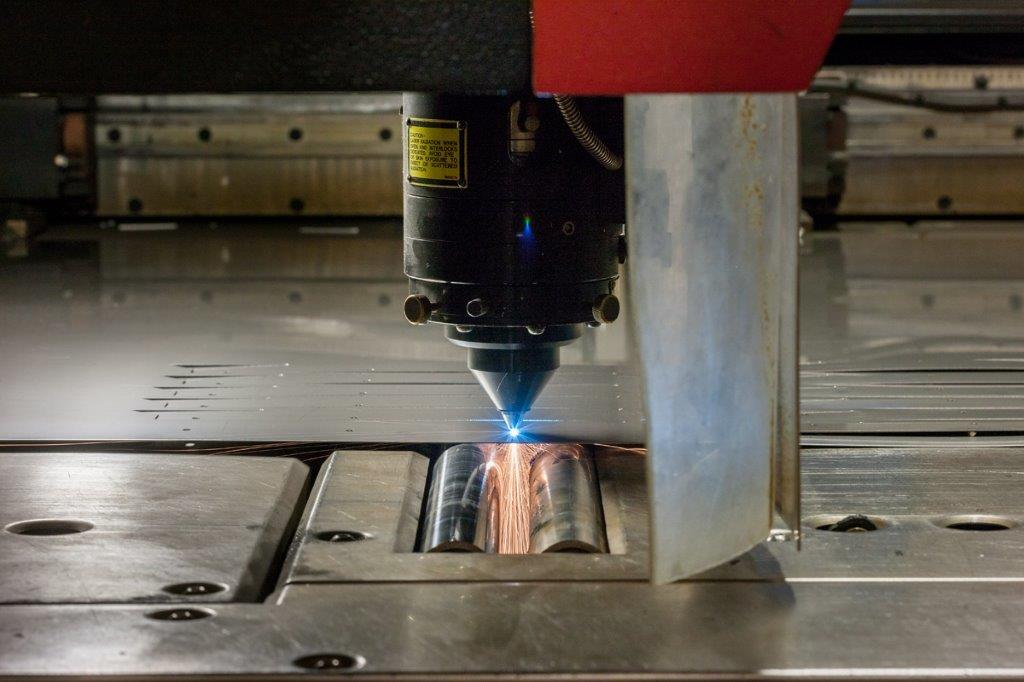